The Jester Estates neighborhood of over 900 homes is located just a dozen miles from downtown Austin, the State Capitol, the University of Texas and three of Texas' most popular recreational lakes. Jester is surrounded on three sides by the Balcones Canyonlands Preserve near the junction of RM 2222 and Loop 360 in the beautiful Texas hill country.

Jester Homeowners Association, Inc. (JHOA) is a non-profit organization run by a board of directors elected by the members. JHOA maintains the entryways, organizes and supports neighborhood social events, and enforces deed restrictions. The Jester Warbler newsletter is sponsored by JHOA. The JHOA board members represent the neighborhood with the City of Austin and Travis County in connection with matters affecting the neighborhood.

Important update above for the

A new page, Around Jester, has been added to inform our residents of the development activity taking place around our community. At point is 2222 CONA (Coalition of Neighborhood Associations) that among its duties, monitors and advocates for its members, the development and zoning changes that may affect its various neighborhood association members. Jester Estates is a member. 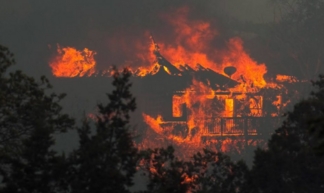